April 17, 2020
Are you thinking about buying a new Bicycle and are unable to figure out which one to buy?
Then read this article till the end because I will share my knowledge which I understood about a bicycle during my research.

Basic parts of a bicycle - frame, tyres, brakes, drive train which consists of chainset, front & rear derailleur, handlebar, shifters, brake levers and another part known as fork or Suspension fork which connect our bicycle front tire to the frame. And if we make some changes to these basic parts, then the different type of bicycles are formed. 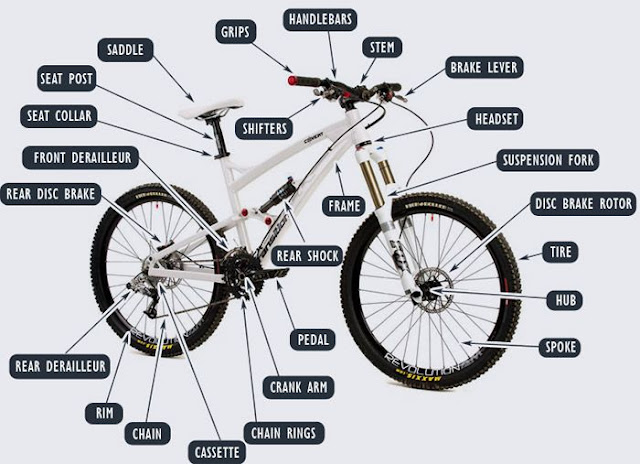 1) MTB, Mountain Bike - these are the types of Bicycle whose frame is lighter and strong. Tires are thick and come with suspension, which is used to absorb shocks. Most of the time people buy MTBs because such type of Bicycle is good for both city roads and off-roads. It further has more categories like Cross Country and Downhill etc. and let me tell you that most of the MTBs purchased are Cross Country only. 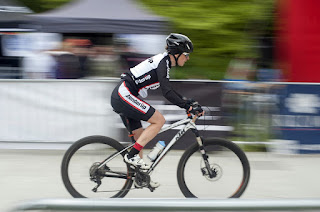 2) Road Bicycle - As the name suggests, these are made for cities or plain roads. The specialization is speed. Its tires are thin, and the design is aerodynamic. But the only downside about them is the comfort level which is compromised because of the sitting aero position which will create some kind of problem. But racers use this bike. 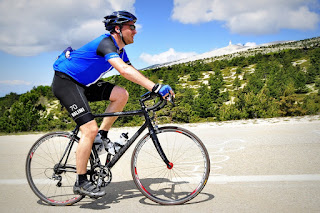 3) Hybrid Bicycle - So a Hybrid bicycle comes with some of MTBs and road cycle features. But the frame used is of  Road bicycle and suspension are not too good. Usually, such type of Bicycle is used for cities and little bit offroading. 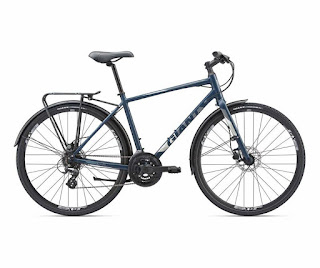 4) Electric Bicycle - This type of Bicycle is getting more popular. In this, an electric motor together with a battery is attached to the Rear-wheel or hub of an MTB or a hybrid bicycle which gives you a push of 25kmph(according to Indian norms). 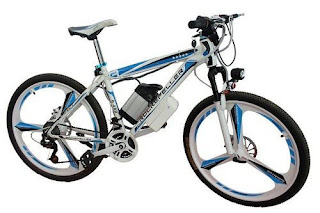 5) Folding Bicycle - Now these type of bikes are created for the people who love to commute everywhere with their bicycles and commute their Bicycle in a car and other public transport. So in this Bicycle, the frame folds altogether with the handlebar. 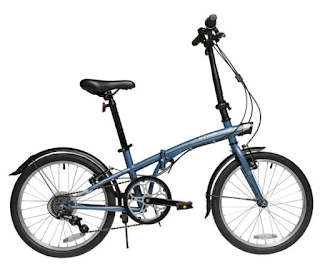 1) The frame of a bicycle is the most important part because it decides the strength and weight of your Bicycle. Generally, bicycle frames are either made up of Steel Alloy, Aluminium Alloy, Titanium Alloy and Carbon Fibre.

Up to Rs 10-12k bicycle, you will find Steel as a frame, but from midrange to top-end bicycles Aluminium alloy is used. Steel is strong, but because of its weight, it is not used in MTBs or costly bicycles, and Aluminium is lightweight but its strength is lower than Steel.
Overall in simple words, Aluminium strength to weight ratio is better than Steel and Aluminium can withstand force because it's lightweight. And while researching, I have read on a website that Aluminium can absorb 50% more vibrations than Steel.
Titanium Alloy - It is 50% lighter than Steel. But because it is expensive, so it is less used, only in folding cycles.
Carbon Fibre - I'm sure you have heard about it. Top-end MTBs and road bicycles use this material for the frame because its the lightest and the strongest among all the material which are used for building frames. And generally, carbon fibre is used in the aerospace industry.

So the frames are available in different sizes such as 15in, 16in, 17.5in, 18in and more. So you should select the right Bicycle frame according to your height. So you can use the following table to see which size fits your height: 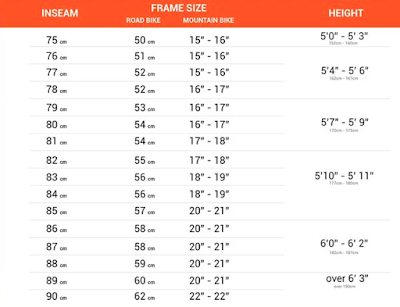 2) Tyres - There are different types of tire available in the market but, mainly you will hear about Tubeless and tubed tires.
In a tubeless system, not only tire but rim must be tubeless-ready. A lot of bicycle brands shows that their bicycles tire is tubeless-ready, it simply denotes that the rim supports a tubeless system. But whenever you buy a tubeless-ready bicycle, you will get a tubed tire, and if you want to make it tubeless, you have to spend some more money on it. 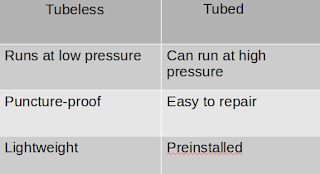 3) Brakes - Generally in most of the MTBs you'll find Disk Brakes. But in road cycles of Hybrid cycles, you will find V Brakes(also called rim brakes).
Disk brakes are of 2 types -
Mechanical - In this brakes, the brake shoe is operated by a mechanical wire which is attached to the brake lever
Hydraulic - and in hydraulic, a fluid is used to operate the disk pad
In simple words, the mechanical system is less expensive, low maintenance but less responsive whereas Hydraulic disc brakes are more responsive and require less power and it needs maintenance and will require a change of oil.

4) Bicycle Drive Train - It consists of crankset(technically called crankset chain wheel), front and rear derailleur.
So the crankset is the component from which you deliver the power with pedals. Generally, there are three crankset chain wheel in ₹50-60k bicycles, and you will see teeth mentioned in their specifications like 22/32/44, and if you buy a more expensive bicycle, you will find two cranksets. And in top-end Bicycle, there is only one crankset is used.
Rear Cogset comes in two types,
A freewheel and cassette - A freewheel is an old tech which is used in cheap bicycles, but cassettes are used nowadays. Both do the same work, but there are mechanical differences like cassette is easier to repair in case of damage.
Front and Rear Derailleur, b̀cos of those bicycle chain simply go up or down. So you can determine the quality of derailleur from the following chart: 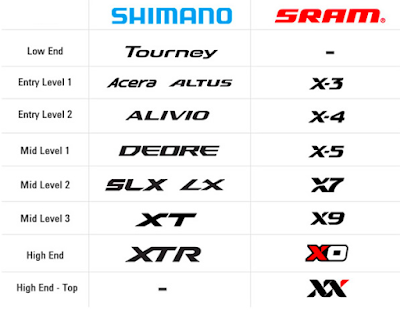 5) Handle Bar - there will be some specifications mentioned by the seller, such as handlebar material, handlebar length, back sweep angle etc. And most of the country bicycles have 60-70cm handlebar which is wide with good controllability. And back sweep angle, it denotes how much a handle is bent towards the seat.
Now you have to look at the headset, make sure it is threadless, and you can recognize it by these Pinch bolts.

6) Suspension - There are front and rear suspension in a bicycle but I will talk about the front one only because if you are getting a less expensive bicycle then it will not be of great quality and rear suspension bicycle are of high cost, i.e. ₹90,000+ and only expert riders who ride heavy trails buy them.
Well, Front suspension comes in different types too, but in the Indian market, most brands use Hydraulic lockout suspension in which a lever is provided to lock the suspension. And some bicycles come with Air Suspension which is used in rebound adjustment side and air pressure is used to operate it.


No product is available right now because of lockdown in India. Please check back later!
Bicycles Guide travel 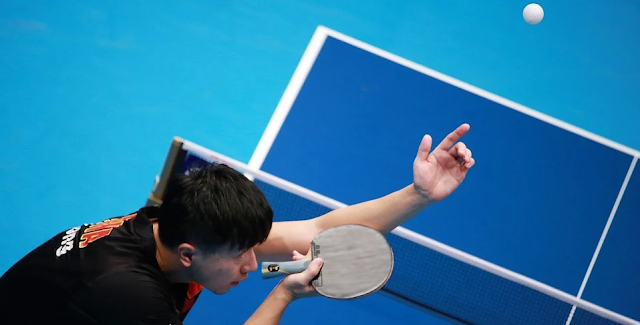 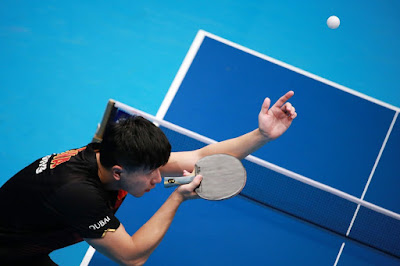 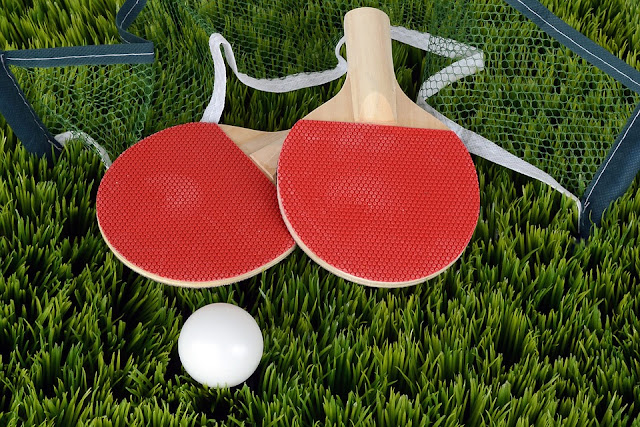 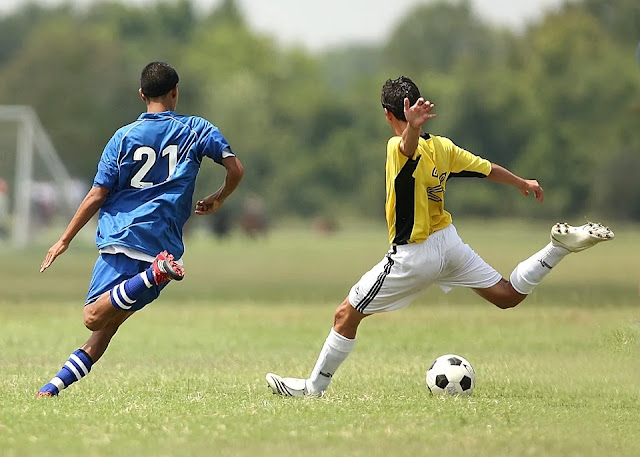